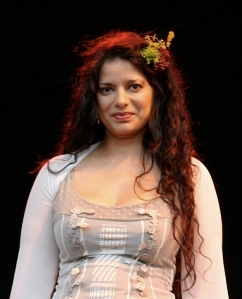 Sheila Chandra is a hugely successful singer, both as a solo artist, and as part of the group Monsoon. However, few people realise that Sheila started her career playing Sudhamani Patel in Grange Hill between 1979-1981. As one of Trisha and Cathy’s closest friends, reserved Sudhamani was heavily influenced by her louder friends.

Grange Hill Gold is pleased to announce that Sheila has completed an interview with us about her time
playing Sudhamani. Keep visiting the website to read the interview very soon. 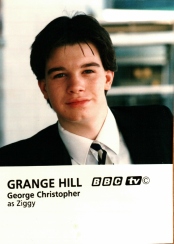 George Wilson (best known as Grange Hill’s resident Scouser, Ziggy Greaves) is preparing to step back onto the stage after several years out of the spotlig

ht. ‘The Ale House’ is a hilarious comedy, taking place at St Helen’s Theatre, just outside Liverpool, between Tues 6th- Sat 10th October 2015. George plays ‘Kick Off’, alongside Brookside’s Phillip Olivier as ‘Yogi’ and a host of other Merseyside based stars.
Promotional material promises : “There will be raucous laughs from the first pint pulled, from the WWII pensioner still recovering from shell shock, to the not-so-holy priest on a mission to find who desecrated his garden,

to the landlady eyeing up one of the customers. One wrong move and you’re barred – although that won’t stop the visitors to this watering hole causing all kinds of drunk and
disorderly mayhem before the barrels are empty!”

George is looking forward to returning to the stage in this ‘Adults Only’ comedy. You can book tickets here.

You can read our exclusive interview with George about his time in Grange Hill here.

It has now been almost three months since the sad death of Terry Sue Patt, who played Grange Hill’s Benny Green. Grange Hill Gold has been inundated with messages expressing the sadness many Grange Hill viewers felt at the news, and just what Benny Green had meant to them.

Whilst Terry’s funeral was a private family affair, former cast members and friends are planning their own memorial for Terry.

Here at Grange Hill Gold, we feel nothing stands better as a tribute to Terry than the interview he did for us in 2013. You can read the interview here. Some of the tributes in the press summed up Terry’s work and the impact that his portrayal of Benny Green had on children across Britain . We have collected the best of them below.

*Detailed feature from The Guardian

*BBC News Feature about the impact of Benny Green

We think that a man as unassuming as Terry had been, would have been overwhelmed by just how highly people thought of him, and how important he had made Benny Green, the boy without football boots, 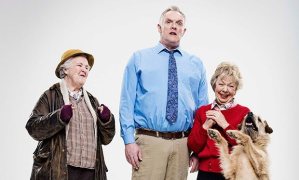 Mrs McCluskey actress, Gwyneth Powell, was back on TV screens last month in a second series of the Channel 4 comedy Man Down. As Mum / Polly Davies, Gwyenth appears alongside Stephanie Cole and writer/comedian Greg Davies in this hilarious comedy. Whilst this role is very different to that of Grange Hill’s strict headteacher, it is a role that Gwyneth has really enjoyed playing. Hopes are high for a third series.

If you haven’t managed to see the series yet, it’s available on DVD here.

You can read our exclusive interview with Gwyneth here.