An Evening With Lee McDonald 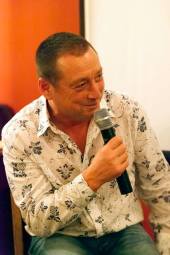 The evening was set downstairs at FlatPlanet in a very cozy and friendly environment.  The Misty Moon Film Company started off by showing some clips from Lee’s acting career – Memoirs of a Survivor from 1981, The Bill, Press Gang and Grange Hill.

Then Lee spoke briefly about the impact that Grange Hill had had and continues to have on our generation.  He then had a question and answer section where he was asked various questions such as about the Just Say No drug campaign and meeting Nancy Reagan at the White House.  He said it was a regret not to have met Ronald Reagan. He said that Nancy was lovely though.

He won’t let his son or his partner’s daughter watch the drug storyline; he said they are too young, but he does watch the other stuff with them.  He says that H is fine with Zammo and Jackie, but it confuses Katie and she said to him “Don’t you love mummy any more?”! 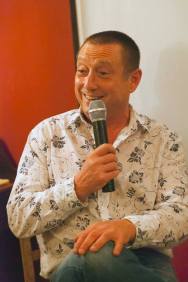 When asked as to whether he watched Grange Hill whilst he was in it, he said yes sometimes but he would tend to be critical of his performance.  He also said actors were lying if they said they never watched themselves!

Lee was also talking about how TV has changed for younger kids, how it used to be structured and that you would have the kids shows for a few hours from 3ish to 5ish, then you would have time with your parents. When he was young he vividly remembered watching ad after ad on what to do in the event of a nuclear war and how you should put a mattress up against the door – like that would save you!

He talked about the Just Say No song and how he was asked to do an arpeggio and he said “What’s that, a Greek island?”!  He sang one note and the bloke slammed down the piano lid and said he couldn’t sing.  So they gave Lee’s part to Erkan (Roland). 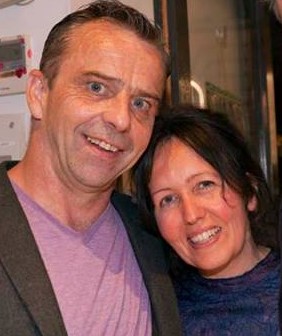 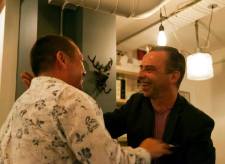 came along to meet Lee, which was a real surprise to Lee. Nadia raised the point that being at Grange Hill and therefore largely kept out of school, it was like being in a bubble.  Lee agreed and said at age 17/18 when Grange Hill finished for them, it took a while to integrate, as they didn’t have the same experiences as most school children.

For more information about Misty Moon Society and their events, please visit their site here.