Whilst Grange Hill on screen exists in full, often little is known about the Behind The Scenes of the show. This is an area Grange Hill Gold loves to find out more about and so we were delighted when Mark Enoksen contacted us, offering to share some exclusive behind the scenes photos from Series 12 (1989). Below, Mark explains how he was fortunate enough to visit the set during the filming of Danny Kendall’s funeral. Huge thanks to Mark for generously sharing his pictures with us.

“As a huge fan of the show, around the 1986 / season 9 era, I began to write to a lot of the cast and actually became pen pals with a few them (you have to laugh looking back). Getting to know a few of them, Ronald Smedley heard and I was invited down to BBC Elstree to meet him and spend a day on location with the cast as they filmed the episode where Danny Kendall’s death was announced to the school in assembly.

Being only 15 and such a huge fan, I recall what an amazing day it was and brought my huge collection of cast photographs in an album to add some autographs. You’ll see in the photos the cast looking through them and getting great hilarity from some of their hairstyles a few years back.

Ronald very kindly also put me in touch with GH script writer/author David Angus who also lived in Aberdeen. He came over to my house to meet me and brought with him a huge pile of scripts from season 10 as a gift (subsequently binned in error by my Dad many years later).

It was so nice to meet all the cast and spend the day with them. They were all very friendly and genuinely pleased to meet me. I got the cast bus back in to central London with them and it was an eye opener to see how wild they could be with no adults around to supervise….

I am kicking myself as had ALL the cast cards from Season 9 – 12 which I sold on eBay as a job lot about 10 years ago and sadly did not scan otherwise I would have shared them as well. I tried to sell some of the attached photos on eBay as well and saw that the auction pics of the photos were actually on your website hence why I’m ready to share them now! Hopefully make a few die hard fans smile!

I was also given a tie and badge which was subsequently sold on eBay…… Ah how I wish I had kept it all now!”

ALL PHOTOS (c) MARK ENOKSEN – NOT TO BE REPRODUCED WITHOUT PERMISSION 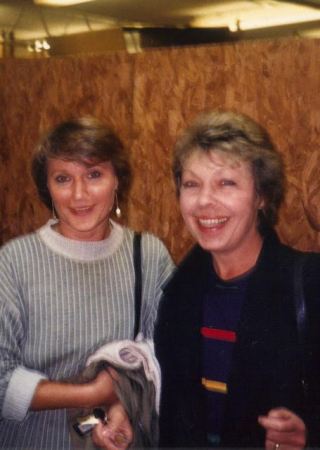 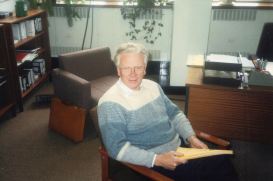 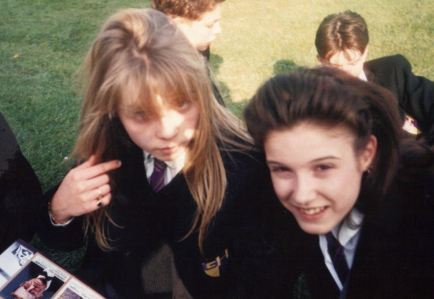 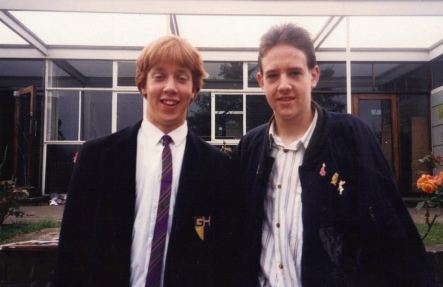 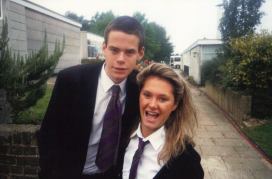