Friends, family and colleagues of Terry Sue Patt, who played Benny Green, gathered together last weekend for a memorial event to celebrate his life. Terry died in May 2015 and Sunday would have been his 51st birthday.

The event was organised by a team led by Terry’s Grange Hill colleague Erkan Mustafa (Roland Browning). Although the two barely worked together on screen, their Grange Hill connection lead to a long term friendship between the two.

The event was invite only and took place at a secret location in London. As Terry was a keen ‘street artist’ there were several art based events; including a raffle to win GH related art, and a live creation of a piece of artwork as a tribute to Terry.

The video here shows some highlights of the event. Compliments to Erkan and team for organising such a unique tribute for a truly unique man.

The legendary Michelle Herbert, who played Grange Hill’s original rebel, Trisha Yates, recently opened up to The Daily Mirror about her fight against breast cancer. During the interview Michelle revealed how she was fortunate enough to spot unexpected symptoms early, and after surgery has now been given the all-clear. You can read the feature in the Mirror here.

As regular GHG readers will already know, Michelle’s daughter, Chloe, has been fundraising for Breast Cancer Care by taking part in a 5K run in Manchester, a 10k run in Glasgow and finally a skydive during September and October. Describing herself as ‘the least energetic person in the entire world’, Chloe’s challenge has inspired numerous donations. Her original target was £500, but since then Chloe has raised over £3000! You can support Chloe’s fundraising efforts here at her JustGiving page.

Grange Hill Gold wishes Chloe every success with her fundraising and is delighted to hear that Michelle’s news. 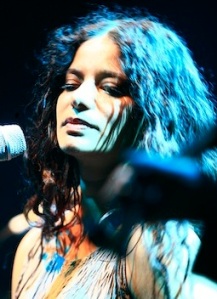 A leading light on the world music scene, singer Sheila Chandra, started her career playing Sudhamani Patel in series 2-4 of Grange Hill. Find out all about Sheila’s recollections of her time at Grange Hill and her hugely successful career since,  in our exclusive interview here.

Thanks to Sheila for taking part in our interview. You can visit her own website here.